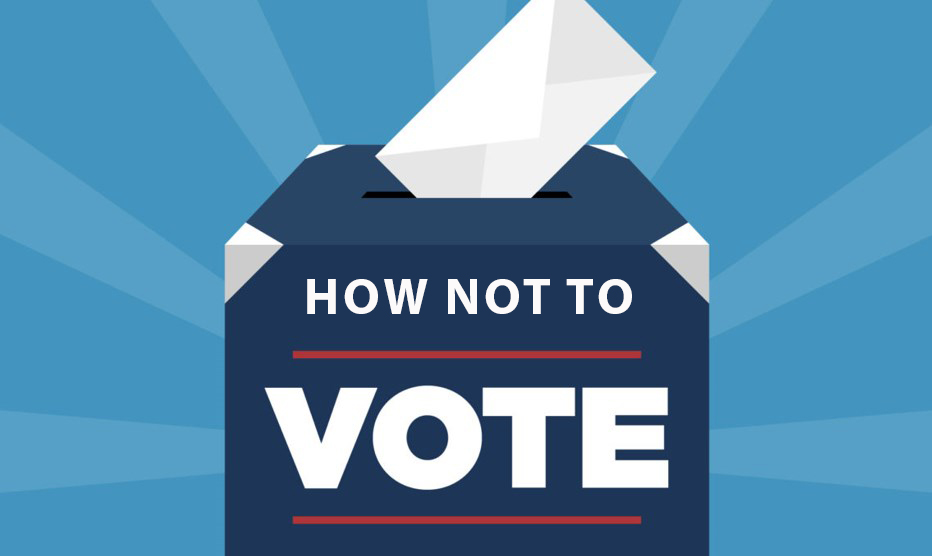 How Not to Vote!

We all know how to cast our vote but how we actually vote is sometimes totally different.

Let’s look at how not to vote.

We focused on how not to vote because many people do vote this way.

The way to vote is to learn as much as you can about the candidates and their platforms.

Talk to them when they come to your neighbourhood.

Email them or call them and talk to them about the issues that matter to you.

Be an informed voter before you cast that ballot.