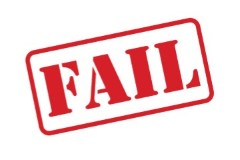 On April 30, 2018, Council voted five to two in favour of a rezoning that allows for a school in New Amherst. Councillors Forrest Rowden and Suzanne Seguin were the only Councillors who truly represented the public by voting against the rezoning.

“It is the role of council to represent the public and to consider the well-being and interests of the municipality.”

There was a lack of accountability of these five Councillors. The Transparency and Accountability Policy states:

What is most troubling is the Director of Planning’s report on the rezoning. It does not give a balanced portrayal of the resident concerns versus the developer’s wishes. Five Councillors have accepted Planning’s report as written. They should be representing the citizens by asking questions and challenging the validity of the report. They should not be colluding with New Amherst.

David Hughes talks about collusion in his podcasts that can be found here:

Straightspeak Commentaries
May 2, 2018 – “David was a consequence for Goliath”

The full details can be found here: