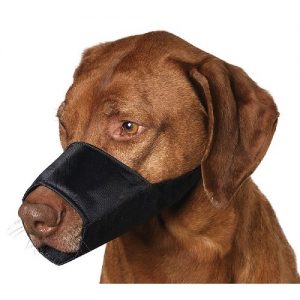 David Hughes has written an excellent article about Cobourg Council not allowing Question and Answer period. If you would like to read the whole article (6 minute read), you can find it here:

From Charlottesville to Cobourg, free speech walks a …

Call or write Mayor Gil Brocanier and ask him why Cobourg council won’t allow questions from the media and/or the public.

Her are some excerpts from that article:

“The Cobourg Council does not allow a question and answer period for residents. Think about that for a moment. They do not allow an opportunity for the taxpayers – the people who pay the bills and elect them – to ask questions on a regular and frequent basis. That’s called avoidance by intent, muzzling by mandate. They’ve created a deterrent, a regulation that requires residents to apply to get on the agenda by making a ‘delegation’– some sort of presentation – in order to voice their concerns. In political parlance that’s called planned attrition – making it difficult or complex so that most people can’t or don’t go through the process. And it usually works.”

“…when leaders try to control the democratic process through anti-free speech rules, it not only discourages public participation, it deflates community spirit – the essence of a prosperous community.”

“If we are to reclaim the fundamentals of democracy, which are anchored in free speech, then it has to be, first and foremost, at the local level. After all, it’s the best place for friends and neighbours (politicians and civilians), to get to know each other and work hand in hand to build transparency, accountability, collaboration, trust and prosperity, all of which depend on free speech”.

“…at the local level, free speech is usually muted by incompetent, so-called leaders who take advantage of an apathetic, reticent, dispirited public. This incompetence, and its underlying insecurity, is obvious in those elected officials who avoid the basic responsibility of fostering free speech and public participation. Instead they avoid and suppress it, which they get away with because of a compliant citizenry – common in most municipalities – who lack the will to take on the responsibility of fighting for what is right. And what is their right”.

“Never doubt that a small, thoughtful group of people can change the world. Indeed, it’s all that ever has.” – Margaret Mead, anthropologist.

Amen. We couldn’t have said it better ourselves.