$3.48 a small price to pay for democracy 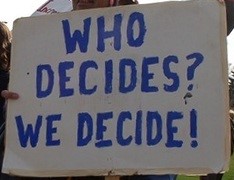 Cobourg Council should vote to hold a by-election to fill the vacancy created by the resignation of Councillor Theresa Rickerby says the Cobourg Taxpayers Association (CTA).

Under the Municipal Act, there are two choices for filling her vacancy.

Either Council can appoint a person who has consented to accept the office if appointed or a by-election can be held.

In an email sent to Council today, the CTA calls on Cobourg Town Council to hold a by-election rather than appoint a replacement.

“The CTA believes that in the interest of transparency and democracy, voters and not Council should decide on Theresa Rickerby’s replacement as Councillor”, said spokesperson Paul Pagnuelo.

Pagnuelo said that while the CTA acknowledges appointing a replacement would be cheaper, the community’s voice must take precedence.

The CTA polled their supporters on the issue and 93% of respondents were in favour of a by-election, said Pagnuelo.

The issue, the CTA believes, is one of legitimacy. With more than two thirds of this Council’s term still remaining, it is fitting that voters make the decision on who should represent them.

“It should not be left to a backroom selection process where the appointed person would be indebted to a few individuals”, said Pagnuelo.

The City of Toronto has called a by-election to fill Rob Ford’s vacancy and Cobourg should be no different.

You can read the letter that was sent to Council here.